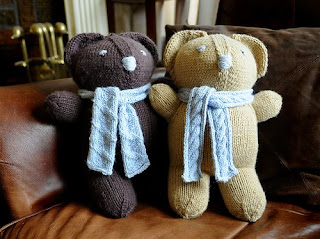 These b'ars are highly classified.
at 7:46 PM 3 comments:

A wire story reporting on the degrees of bankruptcy facing California and some rational states contains this:
"Numerous things look worse than some past recessions," said Bert Waisanen, a fiscal analyst with the Denver-based National Conference of State Legislatures. "The housing market is worse. Industrial production is worse. Wages are nearly worse."
No punishment is too great for a linguafelon who would construct "nearly worse," and I'm at a loss even to find a label for the assault against both language and logical thought processes. A subjective hypothetical comparison of a non-comparable eventuation resulting in anti-meaning?
To even begin to justify the impossible concept of "nearly worse," his data had to show wages either the same or slightly better, but to say so would have stalled the verbal cavalry charge.
at 6:28 AM No comments:

One finally gives up and looks up "bling."
It is an unnecessary word and gentlemen should not use it.
at 6:18 AM 1 comment:

Janine: "Oh how I hate that goddam car. That goddam stinking car. How I hate it!"
Travis: "Janine had nailed it. People hate their cars. Daddy doesn't come proudly home with a new one any more. ... We hate our cars, Detroit. Those of us who can possibly get along without them do so very happily. ... they are expensive, murderous machines, and they manage to look glassily contemptuous of of the people who own them. A (broken) car is something that (made Janine) whomp (her) youngest kid too hard and then feel ashamed...".
This McGeeism is available in its insightful entirety in Pale Gray for Guilt, p. 15 of the Fawcett printings.
at 1:52 PM 1 comment: