Idiots of the Corn

Here in the idyllic heartland, one of the common crimes is  burgling and vandalizing isolated old farmsteads. The optimistic thugs are usually looking for antiques and other fencible merchandise (copper is always popular), and they often get away with it, earning, I judge, an hourly income about half of what they could make flipping legal if disheartening burgers.

A couple of years ago drones became the new toy of choice for our local gendarmes. (If you smell some hefty federal grant money here, I forbear arguing with you.)  They would make crook-catching a snap.

Down around Emmetsburg (nee "The Irish Settlement") it didn't work yesterday.

The crime was eyeballed by a citizen who called the cops who descended with enough men and materiel to set up a perimeter around the corn field into which the miscreants had fled. This all happened at mid-morning. Aside from the manpower, the lawn order lads deployed a small manned airplane and two drones.

We can assume a good time was had by all in the air and  on the joysticks.  Hour piled upon hour as they buzzed back and forth over the fading green of high September maize. It isn't too hard to imagine that the suspects watched the aerial crime-buster craft for while, shrugged, then settled down for nice long naps. A little before supper time they snuck out and tried to make their getaway through an adjacent field of soy beans where they were spotted by a citizen innocent of possessing a drone, a thermal imager, or even one of those old-fashioned Cessnas. He phoned the cops and the lead panned out. The county jail population rose by two at sundown.

My personal belief is that the law officers are spending this equinox day preparing new grant proposals to increase their drone force.

The Luddite who lives in one of the sub-basements of my soul finds all this pretty damned funny.

The main trouble with the goddam mass media these days is that cruddy ink they use, made out of soybeans. When you use a page of sooty tofu to polish your windows, it leaves a bunch of goddam smudges.

In my day we knew how to make newspapers with real ink. Useful newspapers. Our readers may have been misinformed, had their intelligence insulted, and been subjected to the you-live-wrong diatribes of the lifestyle writers, but they at least had clean windows.
at 1:21 PM 2 comments:

an overweight washed-up congressman and simultaneously maintain a national reputation as a seriously advanced  teevee thinker. 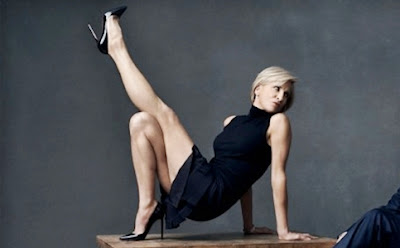 It is important to my sense of macho self-image that you understand I was not a total nerd.

Nerd enough to get almost no dates with cheer leaders and to walk softly past the hallway intersections where the duck-assed gorillas struggling to pass shop class hung out. Nether the nobody-home prom queens nor the high-school mouth breathers wanted much to do with guys on the debate team who also devoted hours to the Boy Scouts and the Methodist Youth Fellowship.

To this day I don't know if I made the right trade offs, especially in not staying out for football where I was a little too slow and slightly underweight but blessed with some damn-fool instinct for cross-body blocking. I came into my own in that fleet airborne instant in the broken field when I  just knew I was on target to fold that big suety son of a bitch in half and make him go oooof.  The coach humiliated me in biology class the day after I turned in my shoulder pads. The chief accusation was no school spirit even though  I had explained to him that as a country kid without a car I could not make the practices without adding to my folks' other problems which were not insignificant.

(An aside) In those days schools hired men to coach football and gave them side jobs as biology teachers, hence STDs. These days they have them teach history and "social studies," hence Trump.

So I went out for debate and found that a natural talent for bullshitting had its rewards.  Eventually it saved me from a career as a beer-truck driver while the Boy Scouts and the youth fellowship kept me out of prison.

(Another aside) When in the company of nerds and an obvious example of the breed myself, I could buttress that internal masculine picture of me with only a small datum or two. One of them was a decidedly manly skill, the ability to bark a squirrel at fifty yards, and do it with my very own and paid for Winchester Model 69. (Used, about $15.) And I do mean 69, not the trailer-park upstart  69A which came along as Winchester began its long, slow demise into irrelevance and eventual oblivion. Like this one,  I mean, with the visible hammer and reassuring resistance of cock-on-closing: 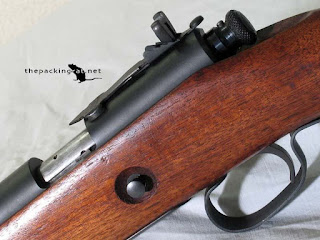 Nerds those days got to travel at the expense of the local tax payers. A dozen or so weekends  a year we would pile into the debate coach's car and cruise the two-lane pavements to the big cities. Ames. Cedar Rapids, Waterloo, and, among others, the metropolis of Des Moines.

We all looked forward to Des Moines. Four or five Gomer Pyles neck-stretching in a corn-field Gotham, so awed at the 10-story skyscrapers that we forgot to act world-wearily nonchalant.

The heart of the city was bounded by two landmarks, the famous Babe's, a downtown Italian joint of wide and sophisticated repute and, nearby,  the Des Moines Register building.

Babe's is really subject for another memory-lane trip. For now I mention only his waitresses, drop-dead beautiful  Drake coeds pleased to be part of the capital city's night life, pregnant with potential for rewarding liaisons with the congregated professional men and politicians. Us they looked through. Some of it was certain knowledge of a nickel tip. The rest was acne. We understood that after-dinner  flirting was futile and that we should quickly leave with whatever 15-year-old grace we could muster while wiping spaghetti sauce from our chins as we strolled over to Seventh and Locust, site of the Des Moines Register news offices and printing plant.

In an inspired marriage of marketing and architural/industrial design, those gargantuan presses were semi-subterranean and, at sidewalk level, enclosed by glass.  P.T Barnum would have appreciated the crowd appeal. Eero Saarinen may have conceded that some older genius had anticipated and  out-done his John Deere building over in Moline. His ghost may have lamented not including a foundry for visiting farmers to gape at.

The editions rolled off at what we would have called warp speed had we known the term.The building itself, all 13 stories, vibrated, the rumble penetrated to the outer world and made conversation difficult, and the sidewalk trembled in synch with the mammoths which told us of Russia's atomic blasts and Pat Nixon's respectable Republican cloth coat.

Five stories up were the dreary offices of The Associated Press where I would one day work. One story lower were the larger and brighter Register and Tribune news rooms. A staff -- men and a few women of a different species from what we now call journalists -- was busy grinding out the routine news of the day while incidentally keeping politicians honest and earning far more than their share of Pulitzer prizes.  It was a newspaper, an institution, a mighty force whose words were must-reading in the Middle West and damned near required all around the Reflecting Pool in Washington, D.C. Some one once called it "a grace and ornament to its profession."

Have you ever noticed that time marches on, things change, and not only Winchester rifles?

Three days ago  the Register digitally posted images of its one-time fortress. If you can't be troubled to follow the link, the message is simple.  The old girl has been sold and remodeled, "loft"apartments and a fern bar. The company will do its digital business from a floor an a-half of a glassy pile a couple of blocks away. There isn't an Underwood in the place.

Sayonara, and  I guess, on balance, that I am glad I dropped football.