It is a pretty normal day here at Camp Jiggleview. The weather is chilly and gray, so I'm tidying up the dump, running some errands, and planning to spend the afternoon and evening getting the shop squared away for spring projects.

Meaning that I am missing the latest hysterical predictions about that word Janet Yellin will choose or reject in her report and canned press conference this afternoon.

It is "patience." It is code for how soon she and her fellow pin-stripe central bankers will slow down the Federal Reserve Cartoon mimeograph machine.  If "patience" stays in, the presses keep rolling merrily along on into the distant future.  If "patience" is deleted she'll retard the throttle from Mach 3 to Mach 2.95.

In the latter case, you can rejoice. That thousand dollars you have tucked away in a CD will start earning five dollars a year. Instead of about two.

A rate increase negligible for virtually all Americans is a bigger deal for the banks, currency traders and other one per centers.  Dealing in billions and trillions they can live and die on such tweaks. Tweaklets.

Not so Joe Six Pack, to whom the damage is already done.

I'm talking about a hard-working, respectable, frugal Joe Six Pack. He made his jeans last an extra six months. He usually bought generic. He told his whiny,  rotten high school daughter, "No, you can't have a $3,000 prom dress; $2,000 is the limit and I'm sorry as Hell it will ruin your life." And he made his six-pack of Busch Lite last three days.

Let's say a working life time of such intelligent thrift came to fruition in about 2007 when he celebrated having finally put $100,000 away for his golden years. Simple CDs would turn about $5,000 a year in interest. Even without compounding until he retired,  that income would help pad out his  Social Security check and company pension. There would be enough to keep the car in top shape and, maybe, even replace it at 200,000 miles.

Enough for some travel, maybe even one of those cut-rate six-day cruises that would make the missus so happy.

But in an eye-blink his world changed because all the politicians and gnomes decided the only way to  bail out the Bank of America was to make his $100,000 nest egg worthless as an investment. They would print enough money to make interest superfluous -- meaning zero plus a giggly, face-saving fraction of a per cent.

Instead of $5,000 a year Joe would earn $500. Rounding and crunching the numbers, that means he has  already suffered a permanent loss of something like $30,000 since 2008. A modest car, that cheap cruise, a trip to Yellowstone.

Just to make ends meet, he spends his golden years in the Walmart foyer, handing out carts and trying to be nice to shoppers. Joe, meet the American dream as redefined by Bernanke, Yellin, and all the politicians and too-big-to-fails to whom they kowtow.

I agree this tome is too long, too windy. The Hell with it. You say "immoral" your way. I'll say it mine.

Down at the Quad-Cities Loophole the Other Day

Some days are luckier than other days. 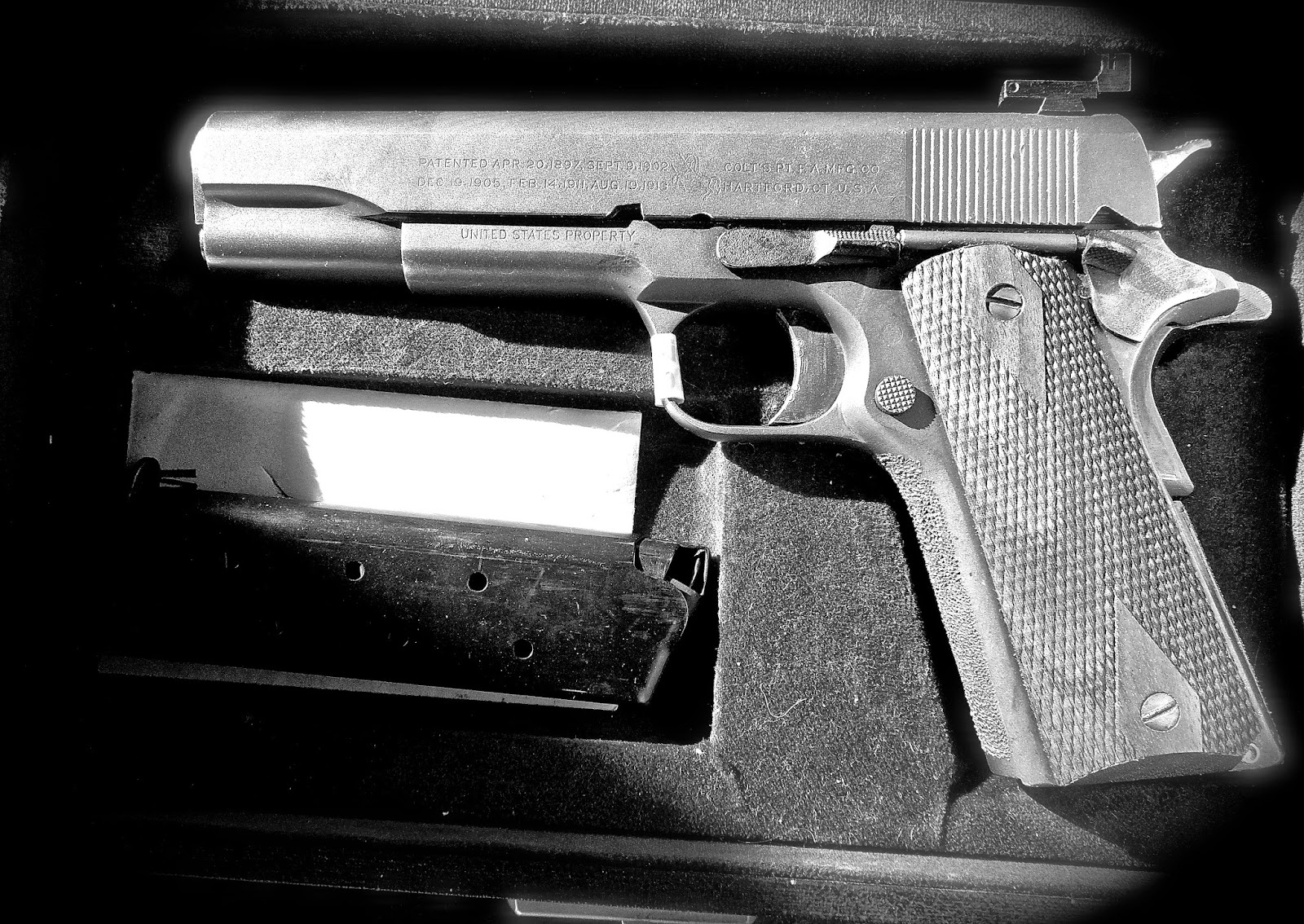 Some Bushes are better than others. 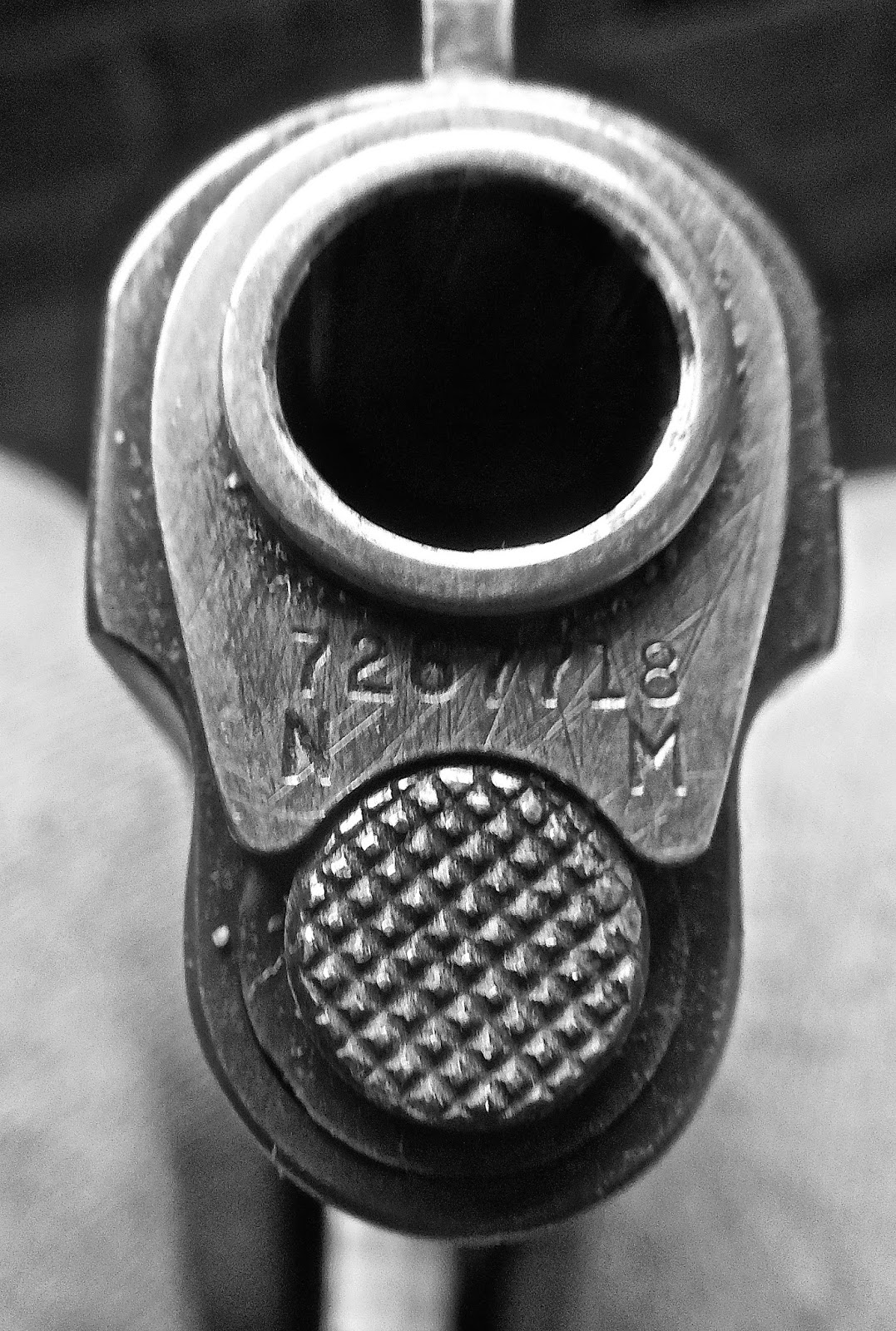 Roll out the barrel And, just for lagniappe, a little plastic souvenir of where she was. 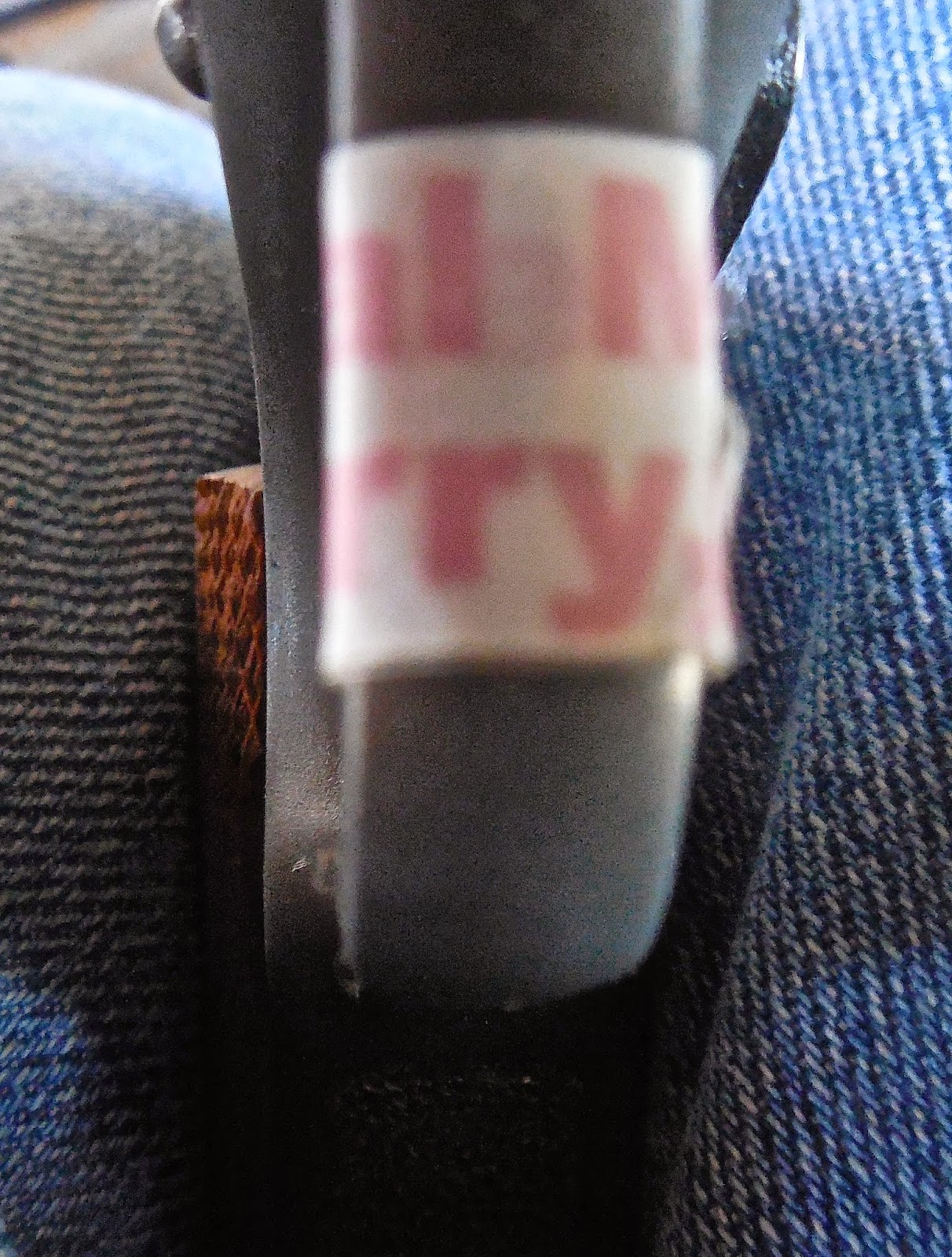 According to the old man selling out his personal collection, he fired it there in the 60s. It is a Rock Island Arsenal product inspected by Mr. Frank Krack, and perhaps built by him. He was an assistant foreman who, apparently,  sometimes liked to create some of the RIA National Match/Camp Perry products.

Both slide and frame are Colt 1911, manufactured in 1917 according the SN lists.

No, I won't say what I paid, but  I risked finger injury in getting the asking price out of my pocket. The  seller was still setting up; the Colt had just hit the table as I approached. I decided to haggle only  half-heartedly because there was a very anxious dude standing close behind me, breathing heavily, and I didn't think it was my body cologne exciting him. 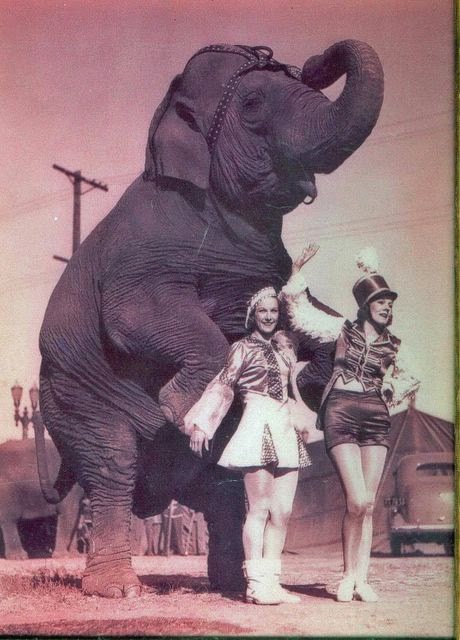 Forget it. Ringling Brothers Circus is pasturing the elephants in favor of Joe Bob's big truck and a batch of freaky Mongolian camel riders.

Thank the Humane Society and various PETA types for further turning America into a flaccid two-inch prick.
at 9:25 AM No comments:

Labels: Miscellaneous assholery
Winter at my latitude blows its last. Nine below at the moment, and the wood burner is cold, loaded only with pale ash. I got behind hauling, and it is too full to burn well even if I hadn't decided last night, "Screw it. I don't feel like filling the wood box."

So I'm being comforted by dead dinosaur gas.  It's warm enough, but propane has no soul. Dinosaurs were Republicans?

If I hadn't other things to do, I could entertain myself nicely by sitting in front of the thermometer outside my north window and watching the red stuff inch up to something like 20 today and double that tomorrow,  probably never to touch zero again this wretched season.

Not that there are any bragging rights connected to the winter in this part of the world. In fact, it has been rather benign -- just ass backwards.  December and January were balmy by our standards, setting us up for the weeks of damned awfulness  now ending.

When the rosy fingered dawn is well advanced I'll catch up on the fire pit chores, cheered by the certainty that there will be a large carry over of fuel for '15/'16 and that all the fires of March can be much smaller, reducing the ash disposal annoyances. 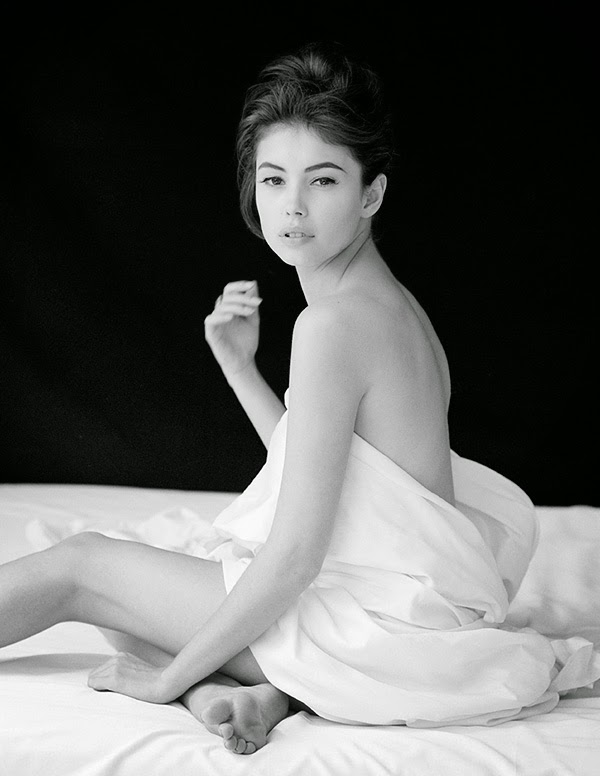 Labels: It IS TOO all about me, Women With Clothes On
Newer Posts Older Posts Home
Subscribe to: Posts (Atom)