Optimism: That trait leading a loophole-bound citizen to stuff his wallet with all the  Federal Reserve Cartoons his modest circumstances permit AND root around for the small, light, nylon bag AND reflect that the sack would comfortably hold an Artillery Luger,  an unissued USN-marked 1918 Model 1911 AND a shootable 4" Colt Python. Also, maybe, a signed first edition of No Second Place Winner.

Reality: That mindset based on personal history of coming home  too often from even the best of the big loopholes  with the wallet untouched except for one's share of the post-show beer tab at Adrian, Minnesota where (Edit: formerly) the girl behind the bar is (was) both cute and tolerant of old farts trying to be flirty.

Sioux Falls this weekend, and it's one of the loopies we all recommend, particularly for you guys who like cowboy guns.

I suppose I wrote all this because it suddenly occurred to me that life is pretty good.

Labels: Loopholing, There will always be an England. So what?

Having failed again in my annual quest for the perfect Valentine greeting, I bundle up for a sure-love trip, the huge Sioux Falls loophole.

Why can't a country that can send  a man to the moon devise a Valentine  which combines (a) effectiveness and (b) non-commitment? 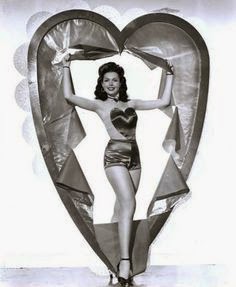 Labels: Gimme some guns, Women With Clothes On

We do the news

From my friend John, via email:

From comments at The Bleat:

I am of the opinion that that selfsame New York editor is also assigned to supervise all reports dealing with firearms.
at 5:11 PM No comments:

De Voto on the Battle of Palo Alto where Taylor's young artillery officers mowed down Mexican  troops by the the score, perhaps unnecessarily:

"That the Mexican troops faced such fire and stayed on the field is ample evidence they were good troops. (but) Few of them, here or later,  could shoot straight. Government policy, taking account of revolutions, had forbidden the citizenry to bear arms."

As I've opined before, you have to love De Voto for a lot of reasons. Another one, referring to future CinC  Taylor on the same battlefield near Matamoros in 1846:

"...he had no nerves and nothing recognizable as intelligence, he was afraid of nothing, and he was too unimaginative to know when he was being licked, which was fortunate since he did not know how to maneuver troops. Add to this a dislike of military forms and procedures and a taste for old clothes and you have a predestinate candidate for the Presidency."

Milton Friedman and the .177 Assault Rifle

In a little town about 25 miles down the road,  this guy and two buddies walk into this other guy's yard. We don't know why.  The guy in the house steps out and shoots him in the arm. There's a call to the cops, then a trip to the emergency room. It's broad daylight, about 11 a.m.

The shooter gets charged with assault. We know nothing more of the shot guy, but "treated and released" is a good guess because "... .177 caliber air rifles" don't usually create major trauma*, although some are notorious for huge magazine capacities.

On-line court records help put little stories like this in perspective. Each man has, while still in his early 30s, earned a rap sheet filling more than a screen. It's mostly idiotic driving, but your occasional theft, burglary, and assault charges lard the records, and it is fair to suggest that both have been on quite cordial terms with ethanol products.

The shooting earns these few words of mention because I have just been idly browsing the Friedmans' "Free to Choose." Milton and his woman note a valid community interest in restricting liberty for those few persons who are not "responsible."

And isn't that a difficult line to draw?

I submit, however, that the sane folks of a community might fairly judge anyone earning two or three legitimate busts every year as irresponsible. They might also be permitted to supervise the dippydoos a little more closely such as, for instance, taking away their BB guns and using miscreant  knees as  fulcrums to turn them into  croquet hoops.

Sounds cruel.  "Oh God!! Vigilantism!" Maybe so, but if Skidmore folks had tried it much earlier in his life, Ken McCoy might have lived to a ripe old age.

*You need to be careful, though, remembering that it's all fun and games until someone puts an eye out.