I've sometimes mentioned my weakness for old Mossberg .22s, the price-point builds from mid-century. We  cheapskates who like them tend to be a little apologetic for the apparent penuriousness this implies.

But, then, there's my buddy Genius Jeff.

Once delivered to his shop as woodless and near-worthless junk. 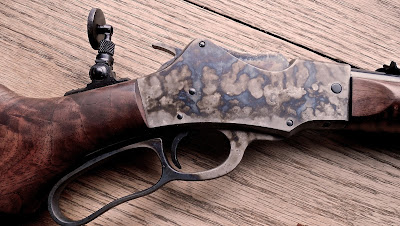 A little polish and blue work. 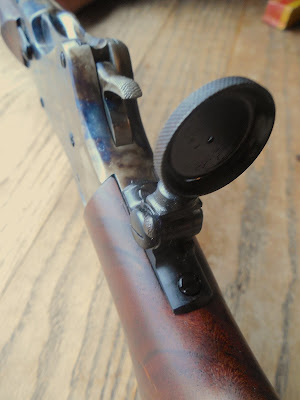 All topped off with a period-correct tang peeper.

The wood speaks for itself on this Mossy Model L, a falling block, .22 rimfire single-shot with a lever that would have made John Wayne nod in approval.

I'll bet they would be fine with the USS Jesse Jackson

If the twee-twee left wants to wet itself about naming a new man-of-war after Andrew Jackson, let it be consistent. To be more precise, the hanky wringers object to naming the ship after Jackson, Mississippi, which was named after Old Hickory.

The beef is that Jackson held slaves a generation before the Civil War and that he killed some Indians and pushed others around via the Indian Removal Act. Therefore it is horrible to memorialize him even as a second-hand namesake for the new littoral combat ship.

It is  fine to debate the issue  but only if we apply a logical consistency. What, then, do our air headed ninnies propose  as new names for Washington, D.C. and Washington state?  How about, for the capital, Ignoramia?

And for the state maybe Rain-in-the Face?

I leave it to others to quell the anguished cries of American citizens unaware that George owned some black slaves and was never known for close personal relationships with his  Chickahominy neighbors.