Why did the chicken cross the ocean twice?

TMR has not mentioned Tom Vilsack for a long time. That's a shame even though he is easy to ignore if you don't care much about your money, your food, your automobile fuel, or the quality of politicians making the rules you must live by,

Tom is my Iowa compatriot, from Mt. Pleasant where he was a renowned agrarian. Nobody could grow a cherry tomato plant in a five-gallon bucket like he could. In between trips to the porch with a watering can, he found time to get elected mayor, then governor of the whole state. A few years later, after copiously fertilizing the first Obama campaign, he was elevated to the national stage where he settled in for a nice long gig as Secretary of Agriculture.

And where, lately, he's decided the USDA should approve a scheme to qualify  your Sunday grilled chicken breast for frequent flyer miles.

It works this way:  Klem and Wanda of Phartenholler, Arkansas, raise a half-dozen Rhode Island Reds. Comes time, they kill them and put the carcasses on a boat bound for China. The diligent orientals "process"  the corpses and put them on an eastbound junk.  In due course, fair winds waft them back to America, to the meat case of  a Safeway near you.

(Hush, please. I am not making this up. Couldn't if I wanted to.)

Some reporters, among others, eventually stopped giggling long enough to question Secretary Vilsack's chicken safety geniuses. They wore out a word processor or two explaining that it's safe even though we all know a dead chicken on your counter top turns to foul purple mush in about the time it takes you to nuke the spuds and stir up a batch of Johnnie cake batter.

Maybe so, what with modern freezing techniques made possible through our newly free energy which results from Tom's ethanol mandate.  But a guy still is agog at the economics, and this one is going to take a lot of convincing that there isn't a billion-buck subsidy or tax break hidden somewhere.

As a matter of diligent research, your author turned to Google and began his search with "Chinese Chicken." This is what he found: 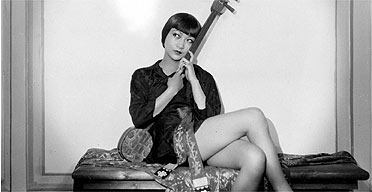 And then he sort of got sidetracked into old dragon movies. Maybe that's wong, but it happened.

You shouldn't have abbreviated "chicken".

You shouldn't have abbreviated "chicken".