This project should have been done in February, but you know how it is. One book leads to another and pretty soon you're left with an inside job when the weather and the cluttered state of your estate logically require outside time.

But it's nagging me. A little voice in my head keeps saying "you ain't got no commanderish pistol yet so you ain't s---."

"Don't pee down my gun barrel and tell me it's Hoppes No. 9."  (The head voice is  sometimes a bit vulgar.)

So. Caspian has my plastic numbers and the Brown Truck of Glee will appear in due course bearing an in-the-white slide. 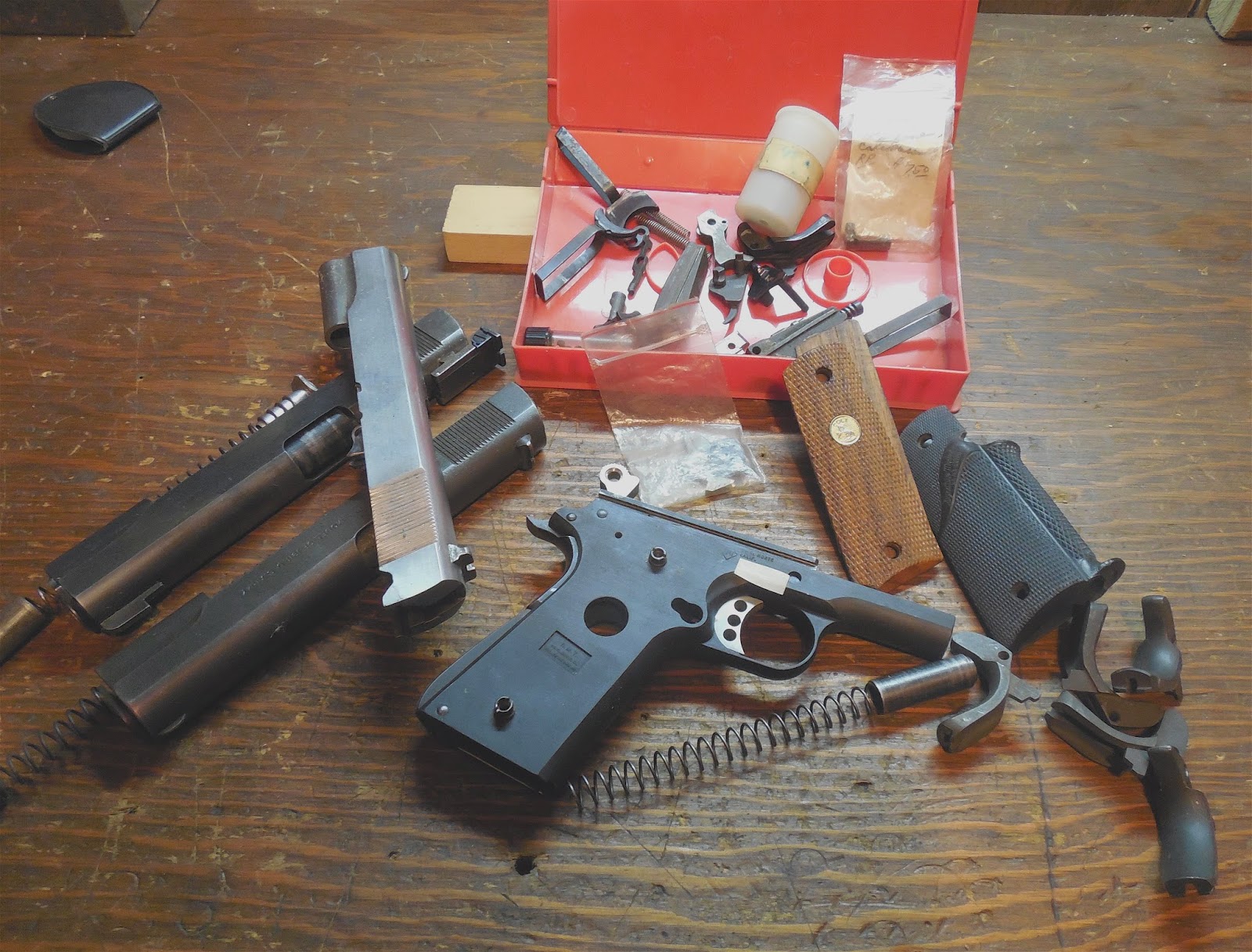 A guy serious about 1911s never passes up a good deal on parts,  or practically any deal at all. Most of what you see represents four or five  years of loophole finds, and there are enough little steelies to outfit the AMT 4 1/4-inch frame and most of the new slide.

I think this one will come in around 350 - 400 Federal Reserve Cartoons. It is no special bargain but a reasonable enough value if my tinkering skills haven't deteriorated too badly.

It will be built loose, not quite as wobbly as the GI version, but close and -- if I don't get too tired of wearing out 400-grit emery --  smoother. Its planned destiny is  belt-riding, sure to go bang every time but not expected to snuff candles at 50 yards every time.

Finish? Likely Mr. Brownell's spray and bake stuff;. Color? Undetermined but probably GI gray unless I decide to impress everyone with my cool tacticality.Then camo.

That looks cool! My old GI is a bit wobbly and the front sight is hard to pick-up but it always goes bang and eats everything.

One of the decisions you have to make in ordering a slide is the sight-cut style. Novak, Bo-Mar, Kojack, Go-Fer. WTF. I was glad to see a "GI" option.

Ever try painting the front sight with the most garish orange fingernail polish lurking on the dressing table of someone you know? :)