Poor man that I am, when someone offers me a Winchester 97 for $25,  I'll find a way.  Maybe borrow a bicycle and go can collecting along the highway. 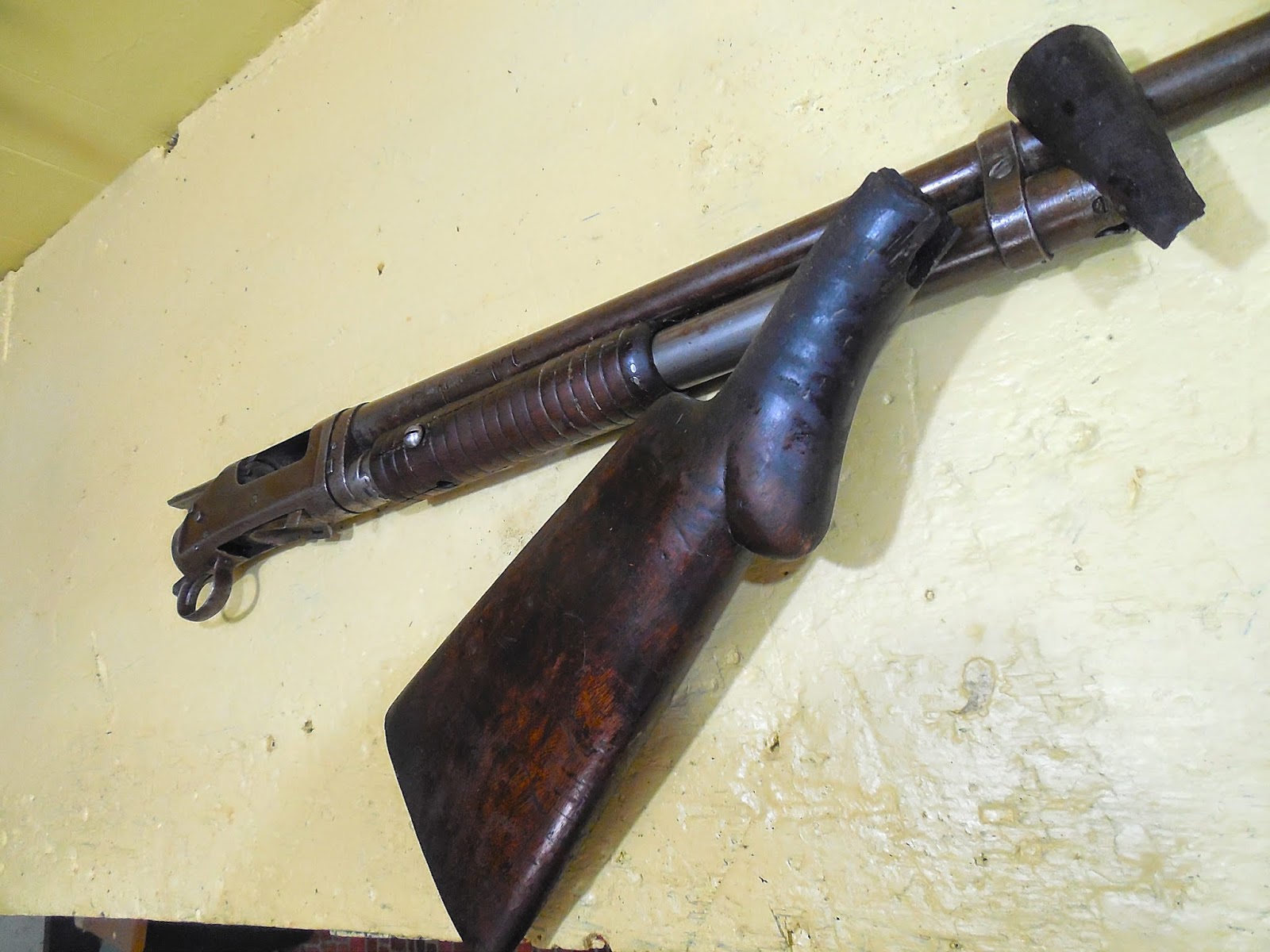 She's seen here somewhere between before and after. The masking tape that held her wood together is gone, along with some of its gummy residue.  Some of the patina is missing.  But she's still jammed open and will probably stay that way. I hate tearing down Model 97s.

If I got enough of the gunk from the oil-soaked chip and butt stock wrist,  I'll epoxy them back together, reattach  the wood, steel-wool the rest of the tape crap off, and offer her up as a "parts" gun or decorator. If the glue won't hold, I'll push her as one of the few Model 97 three-piece takedowns in existence. Or maybe a rawhide wrap. Add a few brass tacks and she becomes a genuine Injun gun.

It's something to do in my dedicated gun-tinkering time while I'm waiting for the Commander slide. If the nice folks at Caspian meet their promised schedule, it's due in three weeks.

Sure I know the old Corn Shucker's provenance, all the way from the night Private Alvin C. Blatnik (ret.) of Strawberry Point, Iowa, won her from Teddy Roosevelt in a five-card stud session at the 10th annual Rough Riders reunion.  But you guys wouldn't be interested.

The hell I wouldn't....reveal all, please. Any model 97 deserves restoration.