You guys told me the world was getting hotter and that would make me colder up here in the north plains and, besides, all my buddies on the gulf and east coasts would get smooshed by dozens of giant killer hurricanes. I mean really whacked, bad enough to get lots of free stuff from FEMA.

And now you tell me it ain't so Joe?  Cooler Atlantic Ocean this year and a "slow" hurricane season?

My deep faith in the infallible accuracy of government and its climate scientists is beginning to weaken.
at 1:20 PM 2 comments:

It probably isn't as Mark Trail-twee as the Cabela's shrines, but the inventory came cheaper.

This guy in Wisconsin was a career game cop for the DNR. Over the years he busted hunters and took their guns, not because anyone had found them guilty of anything but because he accused them. This conforms to the letter of our tyrannical civil forfeiture laws, and Smokey would probably have endured to collect his pension except for one thing.

He kept them, if you believe the prosecutors. His excuse is that Wisconsin required him to have a home office, and that's where he stashed citizens' guns -- beginning in 2003, apparently.

I'm not going to take time to dig them out, but there are a number of TMR posts on the subject.  The general idea is that cops often have very nice gun collections assembled at astonishingly low costs.
---
And even if this guy had turned them in to his boss cops, there's that annoying Constitutional mumbo jumbo:

"...nor shall any state deprive any person of life, liberty, or property, without due process of law."
---
It just so happens that I'm working on position statements for my 2016 presidential campaign and decided to focus on crap like this after reading about government agents' lust for free stuff.  The platform plank is brief and applies also to the more formal confiscations by regular cops, game cops,  the IRS and its 50 state affiliates, and God knows who else in our multi-million corps of bureaucrats with badges. To wit:

CIVIL FORFEITURE:  Fuck no. If you want to take a citizen's stuff, convict him of something first.

Labels: Jim Teamer for President, The Only Ones, Watching the Watchers, What Constitution?

A regal barbecue is laid on. Above the pit turns a fatted calf, USDA certified prime, dripping succulent juices into glowing hickory to the delight of the Republican crowd rallying in the Arizona ranch lands.

The guest of honor appears. He smiles, unzips, and sticks his man part into the white coals.

No, Mr. Candidate. It is probably untrue that 99 per cent of mass murderers are Democrats.

It is likely true that you arose in morning and decided it would be a good day to  advance the notion that the The Stupid Party really is.

If my Republican friends feel raped by this little offering: Please try to relax. It is a legitimate rape, so you can't get pregnant. Todd Akin told me so.

If I'm wrong Christine O'Donnell can chant a special incantation of joy as she casts me into the coven cauldron.

Sarah Palin can waterboard me.

...And continuing our theme of ancient Mideast culture, I am reminded that there were two Salomes.

The one mentioned in the cave scrolls was a politician. This is the other -- the one who charged  quite a little more than a shekel bill in her garter to take something else off. 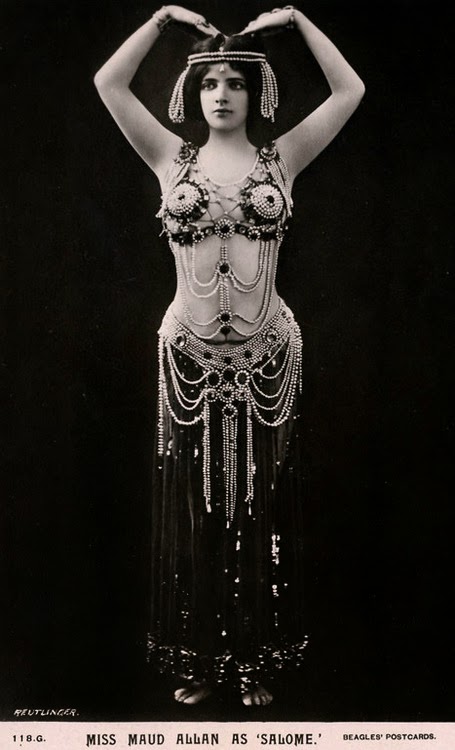